We are a small group based in England (UK), which started in May 2015 and have now grown to over 20 active members. Most members are keen military history enthusiasts and collectors who have been re-enacting WW2 German Axis Forces within other groups for many years.  In early 2015 we decided to form our own Waffen SS Re-enactment Group – so here we are…

After much consideration, we finally agreed to portray the 9.SS-Panzer-Division Hohenstaufen. because they are one of the few Waffen SS divisions not to be attributed with any major war crimes. Indeed, their humane treatment of British and American prisoners of war is often quoted as exemplary.

Lieutenant-Colonel John Frost, one of the senior British Airborne officers captured during Operation Market Garden at Arnhem (September 1944), describes the SS thus: “We had all heard of them shooting their prisoners or herding them into burning buildings, but these men were kind, chivalrous and even comforting...”

Initially formed in December 1942, 9.SS Hohenstaufen fought on both the Eastern and Western fronts, including the Ukraine, Normandy, Holland, Ardennes, Hungary and finally Austria.

Our goal is to fully immerse ourselves into the year of 1944 ( June – December 44), focusing on the  Normandie, Arnhem and the Battle of the Bulge (Ardennes) campaigns of the final stages of the Second World War, when Germany became ever more desperate as the tide of war turned against them.

We endeavour to Inform, Educate and Entertain the general public by historically portraying the hard pressed battle weary common soldiers of the elite axis forces during the War’s final years in war torn Western Europe.

Also we are always happy to consider new members. So if your interested in joining us please complete our Contact Us form.

We do hope to see you soon… 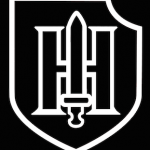